So recently, i have been rereading a lot of Marvel X-men and other comics; Some old school stuff and some of the new titles. And i have to say I am really enjoying the art and the stories in it. I know some people think U.S. comics are "cheap" in content but i have to say the character development is pretty good. I grew with these characters and still care about them.

I decided to create a bunch of fan art for some character the I enjoy in the Marvel and later on the DC universe. Bellow you can see some redesign of marvel logos and an sketch of a classic X-men cover i m working on. 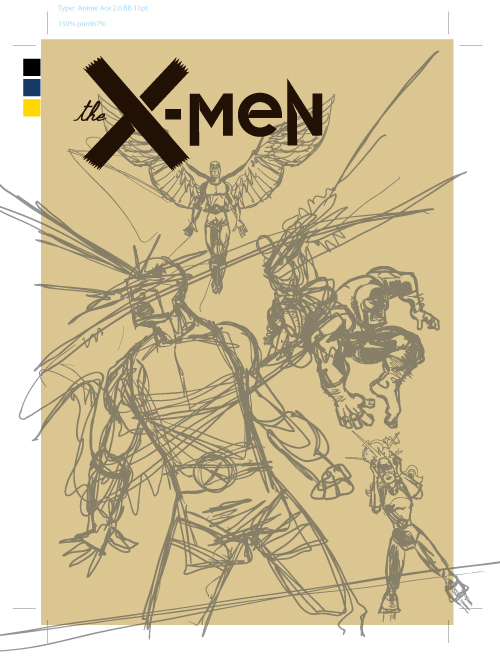