For the end of the new year and the beginning of the new one I would like to introduce my latest postcard: Othello. I chose to do Williams Shakespeare's Othello because I had read it a while back and enjoyed it quite a lot. I must admit at first the writing style was difficult to get into but once you grow a habit of it the story is great.

The play resolves around a tragedy between a senator's daughter Desdemona and a Moorish general in the venetian Army Othello. Suffice it to say there is multiple deceptions and missed communications.

I chose to use the beauty of Desdemona and the strength of Othello. It is the contrast of curved and angular shapes The type was drawn to portray nobleness and pure wealth and steel.
Go to this link to buy stuff 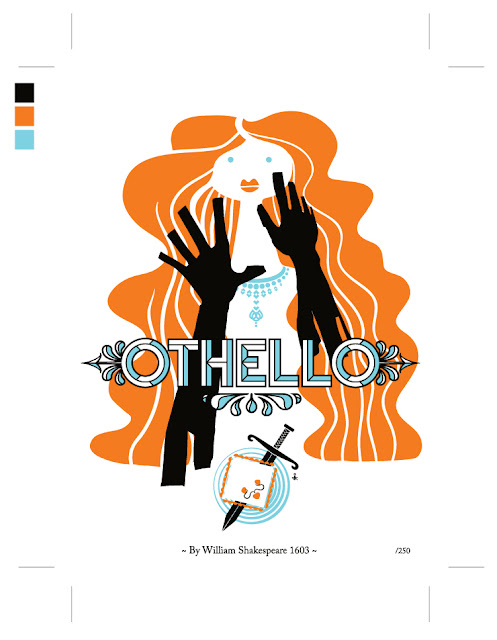 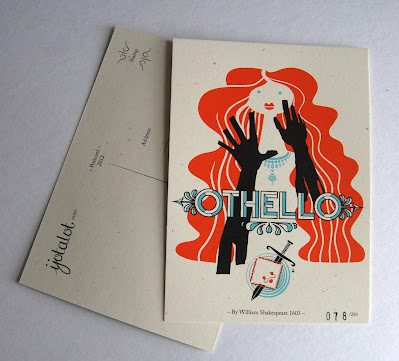 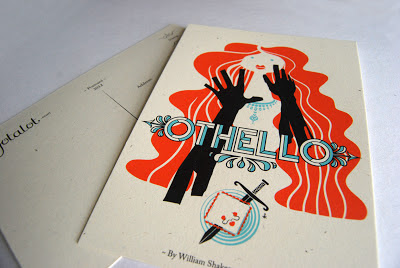